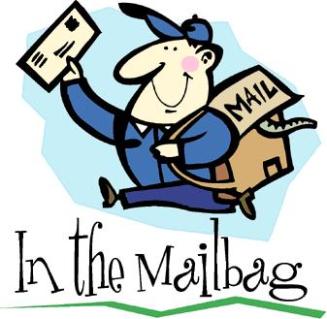 An article that I’ve always wanted to write is a mailbag, in which readers send in questions, comments, or insults, and in my column, I answer them. Of course, I wasn’t able to do that *cue dramatic music* UNTIL NOW!

I got a couple of questions from readers in the past few days, so I’ll answer them now. Here’s the first one:

So Mr Shshi, why don’t you comment on the possibility that teams that have runs of bad seasons have to reduce their ticket prices, at least for the cheapest tickets. Especially if the teams are getting public $$ as tax breaks. Thank you.

This is a good idea, albeit one that needs some alterations and one that has been advocated for before. Runs of bad seasons are OK. Taking a dump on your fans isn’t. The former is normal in the course of rebuilding. The latter is taking it too far.

Let’s tweak the idea a little bit to talk about just an individual season. A season is more than long enough to torture the fans. It shouldn’t be years before the league steps in to prevent a team from tormenting its fans.

Let’s swing through the four major leagues to see if this plan is reasonable and viable.

NFL- There are enough things that can go wrong in a season that, even when you’re trying to field a competitive team, you can get screwed by a big injury (think Peyton Manning with the Colts in 2011 when they went 2-14 or RGIII this past year when Washington went 3-13) or by your quarterback suddenly forgetting how to play football (think Matt Schaub with the Texans last year when they went 2-14). As this isn’t a team being purposefully bad, it’s them getting incredibly unlucky. It’s impossible to penalize a team for something outside of their control, so the idea won’t work with the NFL.

NHL- I don’t know as much about the NHL as the other three sports, but there’s a big problem with determining how bad a season is: the shootout point. How can you determine exactly how badly a team screwed over their team when they can earn points for losing?

MLB- MLB is a little more realistic for the idea offered up by the reader. The Astros have willfully destroyed their team over the last few seasons, opting instead to reload through the draft. While it hasn’t been pretty, they’re in good shape for 2015 and beyond with a number of good players on the way. However, in the process, the made their fans pay for horrible team after horrible team. That’s what the reader suggested teams have to pay for. However, other than them, only the Marlins (with the whole stadium and trading away star players fiasco) and Mets (says the depressed Mets fan) have really tormented their fans in the past few years, so there aren’t enough teams to make it a worthwhile proposition in MLB.

NBA- However, in the NBA, there are more than enough teams to make it a good rule change. By my count, seven teams willfully lost games at some point last year (Detroit, Atlanta, Philadelphia, Utah, Boston, Los Angeles, Orlando), one team was planning on losing games but when they won them instead, ended up deciding to go for it (Phoenix), and one team tried to win games but messed up to hilarious degrees (Milwaukee). That’s a lot of teams. Should the Sixers be charging full price for their tickets this year after a 26 game losing streak caused by ravaging their team? I can’t understand how that could possibly be okay to rip off your fans like that.

The problem is that sometimes, stuff happens (and it’s not stuff, but I try to keep it PG around here) and makes you lose games. Milwaukee did its best to win this year but still ended up losing the most games in the league. Should it be penalized for sucking but doing its’ best not to screw over its’ fans? I don’t know, but that’s why, to institute a plan like this, the NBA would need to make a “Don’t Screw Over Your Fans” Committee to decide whether or not a team deserves to be punished. The NBA has committees for almost everything else, so why not this too? Keeping fans interested and committed to their team seems like a worthy goal, and the only way to do that is to take money out of the owners’ pockets by making their ticket prices for the next year after their offense was committed lower. So, yes, dear reader, I think that that’s a great idea and one that the NBA should certainly consider implementing.

The second question I received in the past couple days was from someone who would prefer to remain anonymous, but who has asked me multiple times to write an article about fantasy baseball.  I hope this’ll suffice. Here’s what he said:

What techniques can I use to get a leg up on the competition in my fantasy baseball league?

Now, this is a good question. I’m currently in one fantasy baseball league and I use two methods for improving my team, one common, and one rare: streaming and stacking.

Streaming is often used but I’ll explain it here anyways just so we’re all on the same page. Streaming when one picks up a player (generally a pitcher) for a specific matchup, before dropping them the next day, in order to add another pitcher for another matchup. This allows one to accrue certain stats such as innings pitched, wins, and strikeouts, in order to more easily win your matchup.

The way I generally use streaming is by choosing one pitcher, every day, that I like. I then drop my worst pitcher (or a hitter if I have an extra one) and pick up the new pitcher. Still, I have an imaginary line that I use to help me decide who’s able to be dropped and who I should keep under all circumstances. As an example, you wouldn’t drop Clayton Kershaw to pick up Charlie Morton, would you?

When you have too many good pitchers, it becomes impossible to stream, which is why, in my league, I’ve been trying to trade away good pitchers to create an extra roster spot or two for streaming.

While streaming is almost always used for pitching, stacking is exclusively for hitting.

Stacking is when you have a bunch of hitters from the same team on your team. On my team, I’ve been stacking the Athletics. I have John Jaso, Derek Norris, Brandon Moss, and Josh Donaldson, and I’ve been trying to trade for Coco Crisp and Yoenis Cespedes.

Why is stacking a good thing to use? Well, let’s say that John Jaso scores a run. Who’s likely to have knocked him in? One of Moss, Donaldson, or Norris! See, the idea behind stacking (which is an idea I came up with by myself) is that it magnifies each individual positive occurrence that happens to a team.

So far, it’s worked very well for me, and hopefully work for you too. The only pitfall is stacking a team like the Mets who are incapable of scoring more than three runs more than once a week. Aside from that, it’s great! Now I’ll be back in a few minutes. I just need to go mourn the Mets of my childhood. *sniffles*

Back! Anyways, so I have a lot more rules and techniques that I utilize to win at fantasy baseball, but a master has to keep his best secrets. Also, most of the people in the league with me are probably reading this, and I kinda want to make sure that I keep in advantage over them so I can win.

If you want to be in the next mailbag, email me at sushi.krox@gmail.com with a question. Make the subject line “SushiOnSports Question” and provide me with a name (or anonymous) and I may answer your question in the next mailbag. Hope you enjoyed!

1 thought on “The First Mailbag”