Last Wednesday night was absolutely ridiculous. Two record-setting performances occurring side-by-side on national television at the close of the regular season—that’s what we hope for when we watch basketball.

Anyways, after an exciting end to the regular season, as the playoffs begin, it’s time to dole out awards, most real and some made up. Let’s get started!

This was the easiest decision of all. Curry had a season for the ages, set records left and right, and led the best regular season team in the history of the NBA. There’s nothing more to say.

This was an easy trophy to award. Nikola Jokic was solid and Kristaps Porzingis was exciting, but the #1 overall pick had an exceptional all-around season for the up-and-coming Timberwolves.

It’s challenging to become the least valuable player in the NBA. It’s not enough to simply be bad; to win, a player needs to derail his team’s season due to his sheer awfulness.

Bryant doesn’t quite fit that mold; the Lakers weren’t expected to compete this season, so Bryant’s poor performances didn’t really affect anything. However, the pomp and fanfare surrounding his departure from the NBA hindered his team in accomplishing its goal for the season.

Kobe shot 35.8% this season on 16.9 attempts per game. Those seventeen inefficient shots each game could have gone to one of the Lakers’ many young players who need to gain NBA experience to reach their full potential.

Sure, Ty Lawson’s arrival threw a Rockets team that was expected to contend for a title completely off-kilter, and Derrick Rose’s high-volume, low-efficiency approach hurt the Bulls, but those two only affected this season. Bryant’s hideous campaign could hurt his team for years to come.

This was the toughest category to choose. There are so many worthy candidates that picking just one feels like I’m doing a disservice to the others. At least six coaches deserve recognition for their performances this season.

Brad Stevens led a group of overachievers to forty-eight wins, carefully crafting effective lineups out of a variety of players.

Charlotte’s coach, Steve Clifford, turned the Hornets into a top-10 team by efficiency on both ends of the floor, one of only five teams to accomplish that. The other four? Golden State, San Antonio, Cleveland, and Los Angeles. Not too shabby.

Rick Carlisle took a Dallas team devastated by DeAndre Jordan’s betrayal to the playoffs, with superstars like 37-year old Dirk, Wesley Matthews coming off tearing his Achilles, and Chandler Parsons leading the way.

All Gregg Popovich did is turn in one of the best regular seasons in the history of the NBA while resting key players often in preparation for the playoffs.

Terry Stotts managed to get the Trailblazers the fifth seed in the West after losing eighty percent of the previous year’s starting lineup.

Meanwhile, Steve Kerr, after missing the first half of the season due to a back injury, helped the Warriors reach a record seventy-three wins.

These six coaches each are worthy of being the coach of the year, but since there can only be one, the record-setting individual is the best choice.

This was another tough category to decide. Kobe’s final game was dramatic, with his push to end his career with sixty points a marvel. The marathon Pistons-Bulls game from December, a contest that went into four overtimes, was riveting. However, neither can compare to the exhilarating game between the Thunder and Warriors in late February.

That game had it all: Big deficits and big comebacks, clutch free throws, and what might be the season’s most thrilling play:

Ange put together a loaded roster overflowing with young talent. His trades have given the Celtics one of the brightest futures in the league.

Bob Myers did little this past year, but his drafting over the preceding few years gave the Warriors their best players. R.C. Buford made his usual solid moves on the periphery, but landed LaMarcus Aldridge in free agency, changing the Spurs from one of the best teams in the league into one of the best teams of all time.

Myers and Buford both had customarily excellent years, but Ainge’s overall body of work is overwhelmingly spectacular.

This was a hotly contested competition this season, but in the end, there was no other choice.

Sure, Joakim Noah has a serious case for the trophy:

And Elfrid Payton does too: 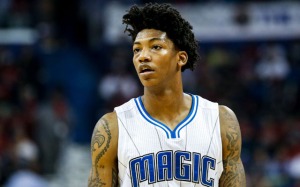 But no one can compare to Lin’s magnificent spiked mohawk: 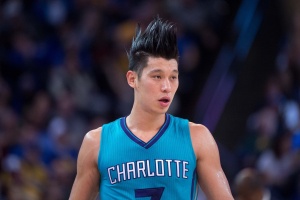 Not only is Lin’s hair awesome-looking, it has plenty of practical applications as well. Here’s Lin’s hair stabbing Jerryd Bayless in the eye while driving to the basket: 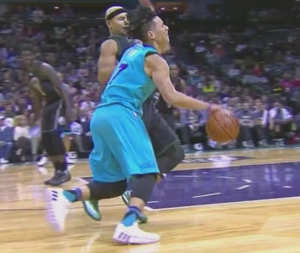 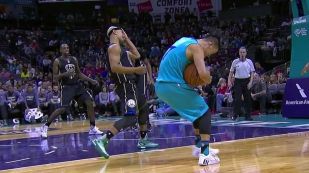 We finish off this awards ballot with our dear friend, the Sharktopus: 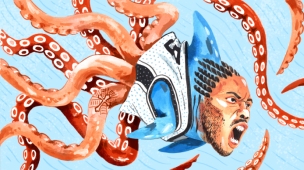 Out of players who played in at least forty games, Leonard ranked 8th out of 325 in FG% difference, at -5.7%. That means that players that he defended shot 5.7% worse than they did against the rest of the league.

Draymond Green, Leonard’s main competitor for this award, ranks 6th, at -6.2%. How does Leonard have an edge?

Leonard is a great offensive player, but on defense, he’s able to shut down the best players in the NBA. Green’s defense is most valuable because he plays passable defense against centers, which gives the Warriors a big edge on the offensive end. However, when determining the DPOY, candidates should be judged solely on their defensive merits, not how their defensive flexibility creates an unstoppable offense.